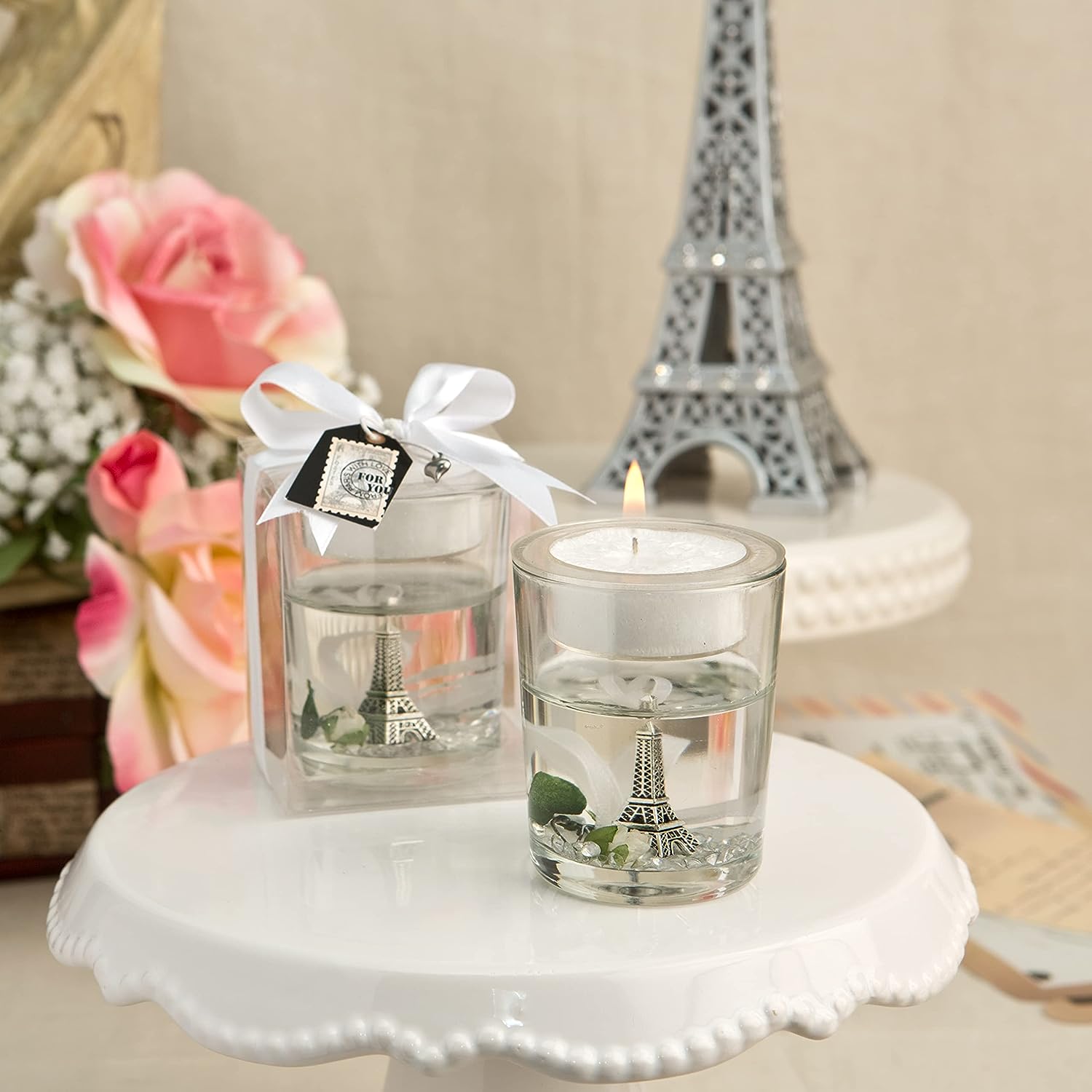 We know that your guests will be as delighted as we were to discover these iconic mini Eiffel towers captured in a votive glass. Reminiscent of childhood snow globes, your guests will be enchanted with these favors. Each votive glass supports a tea light candle which floats above the Parisian scene. Adorn your tables with love and romance of Paris, and watch the little towers glitter as the gel reflects the candle light!